The term “greenwishing” was coined in 2019 by long-time investment adviser Duncan Austin to characterize the failure of the “sustainable business” model to materially contribute to climate change mitigation. “Greenwishing” is a great term, much less judgmental than “greenwashing,” and it applies to many climate-related initiatives beyond the sustainable development community. Arguably, for example, #greenwishing applies to almost any mitigation effort that does not in some way attempt to have a “systemic impact.” There is, however, no clear dividing line between evidence-based actions, greenwishing, and greenwashing. 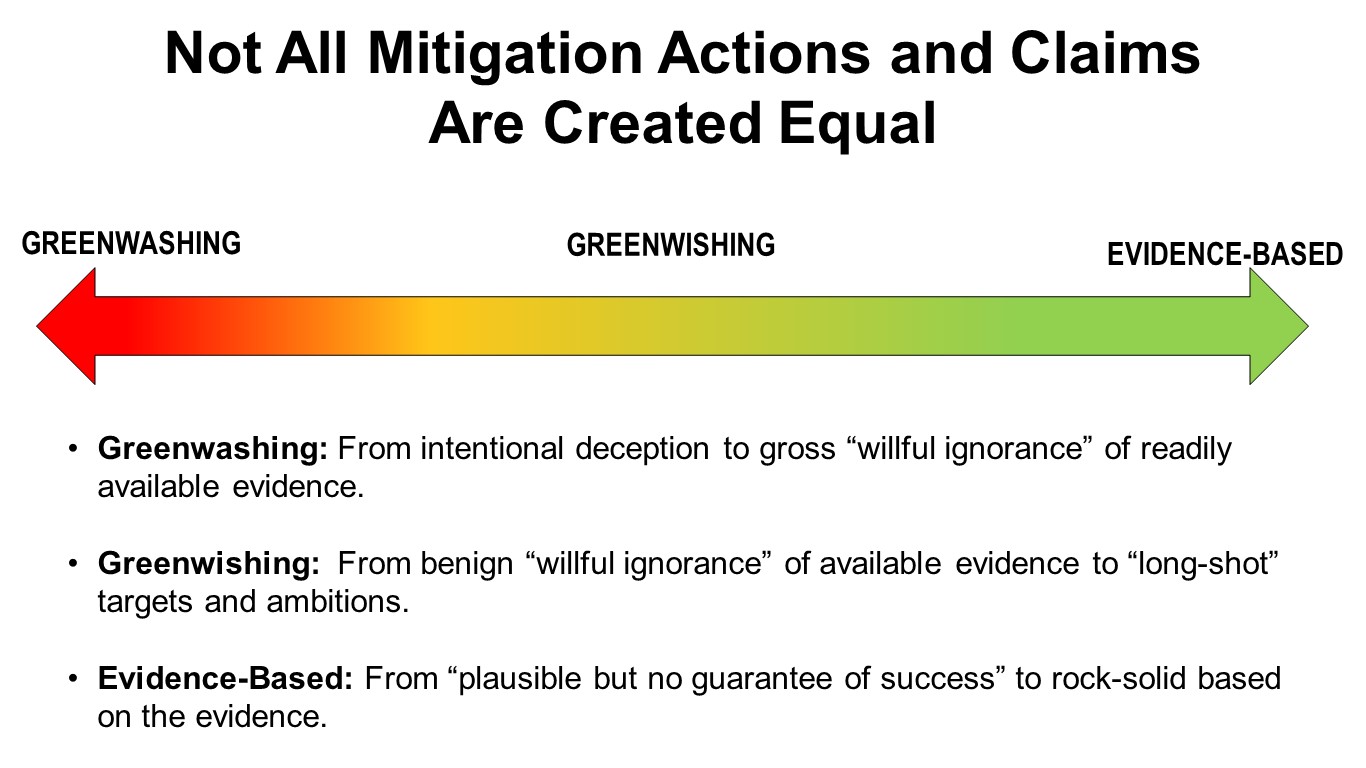 While “greenwishing” often differs from “greenwashing” in motivation, it is not really different in its impacts. Greenwishing based on willful blindness, as distinguished from green ambition per se, actively undermines Team Climate Urgency in playing Climate Chess. Greenwishing could even be thought of as a chess piece belonging to Team Climate No-Urgency.

Well-meaning company CEOs who are thinking about climate change might begin with low-cost and low-risk responses based on the concerns of employees, investors, and customers. These well-intentioned actions might fall into the category of greenwishing. At some point, those CEOs should become aware that their largely aspirational measures will not materially contribute to substantive climate change mitigation. At that point, continuing to promote those aspirational measures as evidence of corporate concern and action on climate change arguably becomes greenwashing.

To briefly scan the main points in Duncan Austin’s 2019 paper:

Austin’s coining of the term greenwishing has helped to shine a spotlight on a significant problem for businesses and other organizations responding to climate change. That there are few internal mechanisms in place for spotting, and stepping beyond, greenwishing initiatives before they turn into greenwashing. In fact, many such initiatives can become a trap. The longer the problem goes unseen, the harder it becomes for companies and other organizations to move beyond greenwishing without risking accusations of having intentionally engaged in greenwashing all along. In other words, aspirational rhetoric can ensnare even the most well-intentioned organizations and help set the stage for being accused of greenwashing later on.

And the greenwishing phenomenon is by no means limited to the sustainable business community. The Climatographers have previously hypothesized the existence of 2018 Trexler_Not as Simple as It Sounds patterned on the Yale Project on Climate Communications’ Six Americas Project, with each Business America populating a different spot along the continuum from opposing to supporting climate policy and systemic change. There is a lot of greenwishing along that continuum!

A couple of videos that can help you get your head around Duncan Austin’s work on #greenwishing: